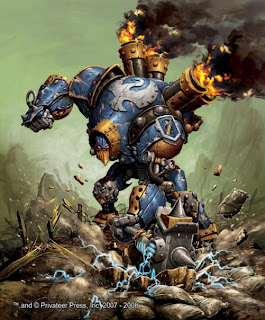 It's a new year and a new edition of Warmachine and Hordes so it only seems right that Privateer has completely redefined organized league play with Shattered Grounds: Nightfall.

- Season specific model rules to apply to your existing models.

- An online map updated daily with in game bonuses for the factions that control specific areas of the map.

- A Battle Journal to keep track of your achievements throughout the league.

- Unlockable stratagems that can be used in game.

To get involved, contact Whatever!! in the DuBois Mall.

Whatever!! Sports and Gaming