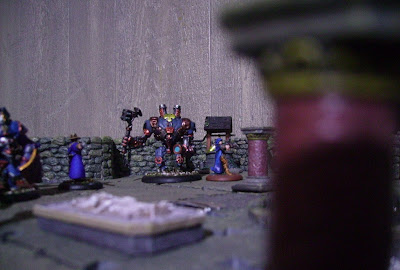 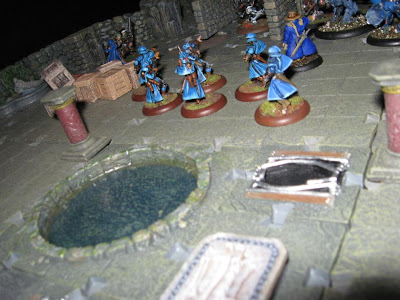 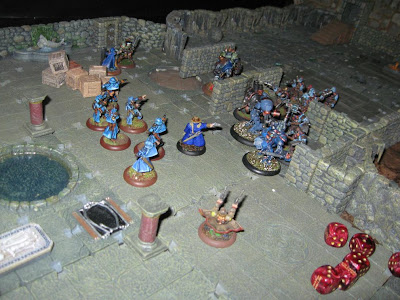 Megan's main focus was to engage Boomhowler at the middle of the board in order to block charge lanes and limit LOS from Magnus and his 'jacks to Caine. Although this plan worked to tie up the right hand side of the board, the left was wide open. Magnus was able to rush in and flank the Cygnar force by using the walls for cover. In the picture below you can see that Magnus is engaging the Gun Mage Captain Adept in the far left corner of the picture. 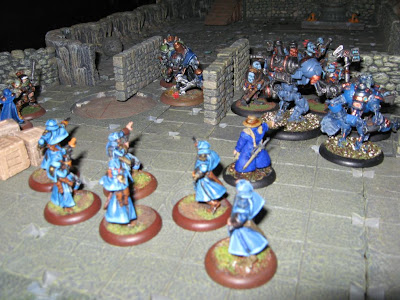 Megan attempted to use her superior firepower to weaken (soften up) Magnus and his 'jacks before they could enter melee. This tactic worked fairly well. Magnus was actually able to run into combat, engage models, and remain in constant melee. This was a bold move, but made Megan make a few hard choices with whether to fire into combat or select other targets.
In my next post, I will focus on the Merc side of the battle.
And I'll tell you who won ... and how.
Until next time, keep rollin' sixes.